Home - About Us - All Nations Kansas City Board

All Nations Kansas City Board 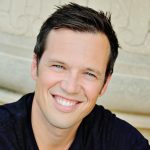 Erik’s journeys among the First Nations people of North America inspired his love for planting Jesus-centered movements that bring transformation to families and communities. He has authored several discipleship resources and worked with diverse expressions of the body of Christ to catalyze simple church planting movements. He loves the outdoors, and most weekends he can be found cheering on his four kids’ in their hobbies and sports activities. 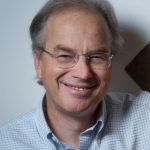 Juergen and his wife live in Hamburg and are leading the work of All Nations in Germany. They visit on-site works, speak at conferences and coach other All Nations members. Dr. Juergen is a church planter as well as a successful businessman, who leads his own consulting practice for senior business leaders. Over the last years Juergen developed the All Nations business for mission approach. He heads up a team of business people to train church planters to sustain themselves through business and mobilize believing business people to get involved in the mission. 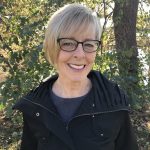 Through worship dance, living life with the Lord, and a class called “Perspectives,” Jesus placed in Phyllis’ heart a tenacious passion for all peoples to worship Him. To this end, Phyllis mobilizes the Body of Christ, locally and abroad through teaching, friendship, pastoral care, and Board service with All Nations. She holds a Bachelor of Arts and Education degree, having taught in Christian school and home-school. She enjoys advocating for “Perspectives” in a variety of roles. 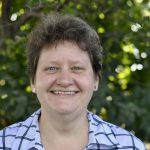 Pam spent ten years in Central Asia as a church planter and Bible translator working among a previously unengaged people group. Along with others, she was able to help lead people to Jesus and train them to lead their own churches. The local believers have, in turn, shared Jesus with others and also raised up other leaders. Pam’s heart is to train and send church planters to share Jesus with other unreached people groups: those who would never have any chance in their lives to hear about Him. To this end, she trains and coaches disciples who make disciples based on simple Biblical and research based best practices. 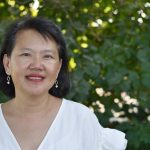 Mary is the International Executive Leader of All Nations. She is passionate about finishing the Great Commission in this generation by making disciples in every remaining unreached people group of the world. Born in Taiwan and raised on four continents, Mary has lived in Swaziland, Taiwan, Indonesia, New Zealand, Philippines, Hong Kong, and the U.S., and traveled extensively. She received her Doctor of Strategic Leadership from Regent University, VA in 2017. She is married to John and has two boys. 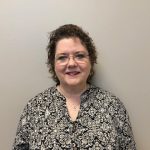 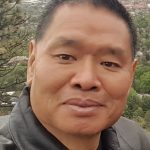 John was born in Tainan and grew up in four countries – Taiwan, Thailand, Laos and the U.S. He graduated UC Berkeley, and is a licensed architect with his own consulting practice. He has lived and worked in New York, Chicago, San Francisco, Taipei, Hong Kong and Kansas City. John is a third generation believer, whose grandparents were saved through missionaries with the China Inland Mission, who went deep into China where others did not go. 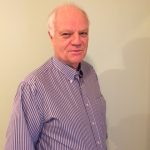 Graham is focused on releasing people into the good works that God has prepared for them in the various spheres of life. His focus on this in his country of South Africa has included education, counseling, establishing a process to assist people to discover the good works they are called to do, facilitating the release and care of missionaries, assisting church networks with training and churches with leadership transitions, and discerning worldview influences to disciple nations. He has a diploma in business management, and degrees in biology and biochemistry, wildlife management, theology, and a doctorate in public policy from Cornell University. He worked for a season in the New York State Assembly, in leadership in a church in South Africa, is an adjunct professor for Global University, and is currently part of the leadership of Navah Church in Kansas City.

Randy longs to see men answer God’s call in their respective sphere(s) of culture, more specifically, to participate in seeing one million men pray and fast for abortion to end in our nation as God breaks through with a fresh spirit of repentance. With a history in missions (Youth With A Mision), marketplace, and government, Randy currently serves as Heartland Director at Men for Nations, in the marketplace as a financial advisor, as a Kansas State Representative, as the KS Congressional Prayer Caucus Chair, and on this board. Randy and his wife met through YWAM and have been married 34 years. Randy enjoys hiking, reading, international travel, and is a self-confessed gadget geek.