Subscribe to our blog to receive two advent reflections each week – on the theme of Joy for this fourth week of Advent. All Nations’ missionaries, hub staff, and friends have contributed to help you connect with Jesus as you prepare to celebrate His coming.

“…The Shepherds were terrified! But the angel reassured them, saying, “Don’t be afraid, for I have come to bring you good news, the most joyous news the world has ever heard! And it is for everyone everywhere!” Luke 2:9-10 (TPT) 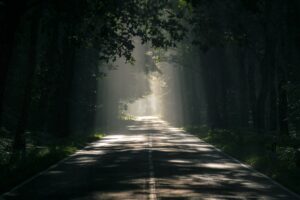 More than 15 years ago, I found myself trapped inside Lebanon when a war broke out. I was there temporarily and had few contacts in country. After ten very frightening and sleepless days, I was evacuated. I was grateful, but after I got home I became ambivalent. I met a woman who had been imprisoned by the Taliban in Kabul in late 2001, and I found myself hearing a voice in my head say, “You stink as a missionary. If you were truly a great missionary, you would have stayed in Lebanon like she stayed in Kabul.”

This voice sent me into a shame spiral. Was I really cut out for this missionary life? Shouldn’t I have stayed with the people inside Lebanon, to help them in their season of suffering?

I shared this with an older mentor. He asked, “What exactly is the voice saying?” I said, “You’re a stinky missionary.” He said, “That’s not God’s voice. God might convict you of wrong action, but he will never attack your identity. That’s the enemy’s voice. You can’t believe it.” I saw the truth in this, and I repented for believing that lie. And just like it says in James 5:16, after I had confessed, I began to be healed.

A while later, God told me HIS name and Identity for me. He said, “You are my Beloved daughter, my Light in the darkness.” I was beginning to discover my true identity and therein the source of my true Joy.

This past Fall, the Lord has invited me into an even deeper measure of Joy in my life. This has involved a releasing of control over my reputation, my plan, and my strategy. I’m still a planner and a strategic thinker, but I’ve been able to give in to the Holy Spirit, to trust him for the follow through and the fruit. I have settled down into God’s joy in a new way.

Like a child who is crying and fussy, turning this way and that, I had been kicking against God in many of my previous seasons. I was striving and grasping for significance. I was drowning in ambition and trying to make my own identity. But now I’m settling down into who He says I am.

This has allowed me to stay more “switched on” and relational with the people around me even under stress and strain. Indeed, Jesus has filled me with His joy, and it has overflowed, as promised in John 15:11.

I love the song “Joy,” by Kings Kaleidoscope, which seems to echo my journey into joy. From struggle, and striving, I have given in and backed down, and settled into Jesus.

Lyrics from “Joy” by Kings Kaleidoscope

As I settle into Jesus, I discover more and more the depths of that identity He spoke over me all those years ago – “My Beloved Daughter, My Light in the Darkness.” Here I have found the joy at the core of who I am – and that Joy turns out to be a person named Jesus, who is indeed “the most joyous news the world has ever heard!” (Luke 2:10)