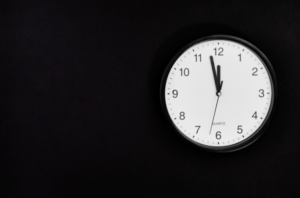 God used people listening to God, a godly mentor, and a book in the midnight hour to guide me to became a missionary focused on igniting church planting movements among unreached peoples.

I met the founder of All Nations, Floyd McClung, in the summer of 2004 in a divine appointment. I was seeking the Lord for where in the world I should serve him in missions, and another believer heard the Lord say: “You will lead teams into dark cities, and help local people find the light switch, which is the light of Christ… and God will show you the way at the midnight hour.”

On the 12th week of a prayer internship, at 12 noon (my midnight hour, because I was doing the night shift in a prayer room and therefore nocturnal), I met with Floyd. I said, “I can go anywhere in the world as a missionary, where would you advise me to go?” Floyd said, “Yemen!” I thought he was crazy. A 27-year-old single woman going to Yemen? Floyd continued, “The Yemeni people are not unreached because they are less open to the Gospel. The fields are ripe in Yemen! The only reason they are unreached is because not enough believers like us are willing to get uncomfortable and go to a hard place like Yemen. But you can change that. You can go.”

Floyd also gave me a copy of David Garrison’s book, Church Planting Movements. He told me to read it to see how God was at work, how he was already reaching people in hard places. That night, I read the book, and it felt like heaven opened! I saw how God could reach whole societies through the raising up of indigenous believers and leaders, training them in their contexts, and empowering and coaching them to plant simple churches that multiply. God had shown me the way at my “midnight hour,” and through Floyd!

Now, almost 20 years later, I have dozens of stories of Jesus at work in the lives of Muslim-background people. All Nations trained me and supported my husband, Joshua, and I throughout our refugee discipleship work in the Middle East.

Just a few weeks before he got sick, in January 2016, Floyd was with us in the living room of some of our Syrian friends as we baptized them. What a gift. I am so blessed to have had Floyd in my life, challenging me personally not to give into fear, but to push beyond my comfort zone to share Jesus in the hard places.

All Nations has been a strategic partner as Joshua and I have sought to advance the Kingdom among neglected peoples, both while in the Middle East and now in Kansas City as Hub Directors. Thank you Jesus!