The Importance of Missions Training 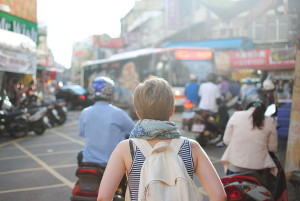 People don’t know what they don’t know. I have seen this to be true over and over again in training and sending missionaries. Just recently I did a training for a church in Taiwan that received a lot of Americans who come there as missionaries. As I began to teach them the basics of cross-cultural communication, the Taiwanese said, “So that’s why the Americans drive us crazy! Is that really what they are thinking? We thought Americans were just rude.” The Americans said, “Now, I realize why my ministry here has been ineffective and why I don’t really have any deep Taiwanese friendships.” Amazing what a little training can do. Doesn’t take a lot of training, but some missions training is needed.

Sharing the Gospel across cultures is not something that Americans have usually learned in their local congregations. Even if they know how to explain the Gospel (most don’t), then they certainly don’t know how to do it cross-culturally. And why would they? Were they taught it in Sunday School or during Sunday morning services? Usually not. It is very rare to see any training on these topics in local churches. Most people who have gone to seminary to become local pastors have received no such training either. So why do we think people should be able to just pick and go to another country and share the Gospel? Oh, yes, because we don’t know what we don’t know.

Well intentioned but ill prepared people have gone out to share the good news of Jesus, but instead all they have left is the bad news of the ugly American. It’s shameful, but it’s true. May it not be so with us. If we are willing to sacrifice everything for the sake of Jesus or the Good News or “those poor people over there,” then why are we not willing to sacrifice time and money for appropriate pre-field training? It doesn’t have to be long or extensive training. A few weeks and a few bucks invested in Jesus and training in His Great Commission are time and money well spent. In fact, it saves money rather than wasting money on sending out ineffective and counter-productive missionaries.

Pam Arlund is on the All Nations International team and serves as a board member for All Nations Kansas City. She spent ten years in Central Asia among a previously unengaged people group. Along with others, she was able to help lead people to Jesus and train them to lead their own churches. The local believers have, in turn, shared Jesus with others and raised up other leaders. Pam's heart is to train and send church planters to share Jesus with unreached people groups: those who would never have any chance in their lives to hear about Him. To that end, she trains and coaches disciples who make disciples based on simple Biblical and research-based best practices.