Celebrating 27 Years: Why All Nations? 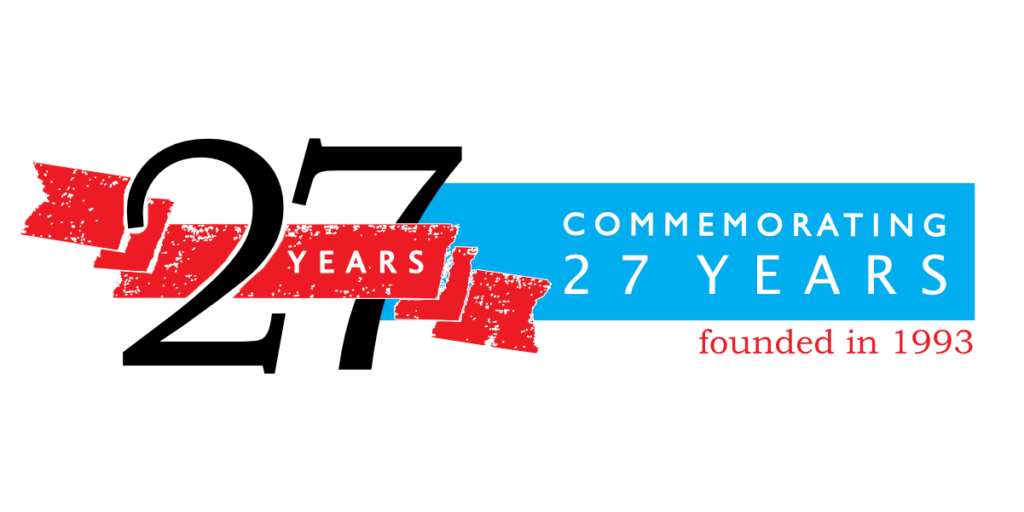 On November 7, 2020, All Nations globally celebrates 27 years of bringing the blessing of Jesus to the least, the lost, and the last. Founded by Floyd and Sally McClung in Kansas City, All Nations now has four sending, training, and mobilizing hubs located in Cape Town, South Africa, Kampala, Uganda, Hamburg, Germany, and Kansas City, MO.

Globally, we have over 400 missionaries working in over 40 countries. Our vision is to see Jesus worshipped by all peoples on earth, and our mission is to make disciples and train leaders to ignite church planting movements among the neglected peoples on earth. 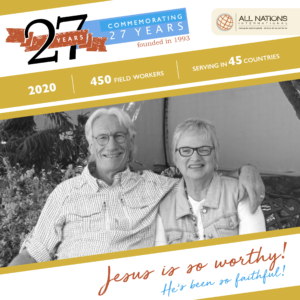 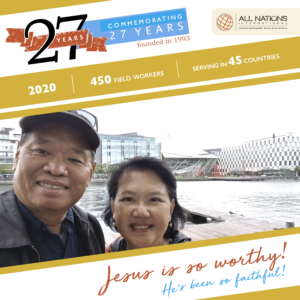 Why did you choose to go with All Nations?

Jenny* and Aman*: One of the major reasons we chose to align ourselves with All Nations is their value for prayer and the expectancy of Holy Spirit’s guidance. It is obvious that they first and foremost value the time spent in the secret place with God and out of that place they live and move and have their being. Often organizations will be passionate about the lost and pray because of that. I would say in AN that they are passionate about Jesus (and spending time with Him), and their love for the lost comes from there.

One of the major reasons we chose to align ourselves with All Nations is their value for prayer and the expectancy of the Holy Spirit’s guidance.

Susan*: It was mainly based on a simple reason for me to work with All Nations for the Great Commission. We share the same goal and the strategy. We are looking forward to seeing the eternal worship with “a great multitude that no one could number, from every nation, from all tribes and peoples and languages, standing before the throne and before the Lamb” (Revelation 7: 9). We focus our resources and labors on the unreached or least reached people groups.

We focus our resources and labors on the unreached or least reached people groups.

Jordan and Shawna: It seems to us that God had put several pieces in place that lead us to join All Nations. Firstly, we had some close friends who were also partnering with AN. Then, as we were starting to feel led to start the process of going and were preparing for a vision trip, we weren’t getting much traction with other organizations we had contacted. But somehow, one of the Global Service Team members was going at the same time and to the same types of places we wanted to go, and she was happy to have company! Then, as we wanted to go while still working, the three-week Church Planting Experience training and then nine month internship (in Iowa, then in Sweden) worked really well for us. Plus, the Senders U course they put on in our hometown was awesome!

What have you appreciated in All Nations while on the field?

Jordan and Shawna: We really appreciate how much the KC and international teams have kept in touch with us. Firstly, the monthly pastoral care really helps. But to have had visitors from AN already, plus phone/skype calls along the way, have really made us feel a part of the family! It is such a relationship-based organization, and we really appreciate that. We also appreciate that they have offered a lot of on-the-field training opportunities, which have helped us to keep learning as we go.

It is such a relationship-based organization, and we really appreciate that.

Jenny and Aman: We have appreciated how deeply they care about us, our home community, and the people we are trying to reach. They not only believed in us before we accomplished anything, but they provided the resources and support system we needed to overcome an intense marriage crisis while on the field. They have sent teams to train and encourage our home congregation on how to be good senders. And, they continually pray for the people group that we have fallen in love with and are reaching out to with the good news, sending us messages every now and again of their prayers and encouragement. After three years on the field our appreciation and thankfulness for being part of the caring community of AN has only grown. They are a true example of the beauty of the body of Christ!

We have appreciated how deeply they care about us, our home community, and the people we are trying to reach.

Jordan and Shawna in Sweden: Joined All Nations and moved to Sweden in 2018, where they are learning language and culture, praying for the people groups in their city, and preparing to make disciples among the last, the lost, and the least who have found refuge and a new home in southern Sweden.

Susan in West Africa: Has been with All Nations for close to three years. She works in West Africa among one of the most difficult least-reached people groups.

Jenny and Aman in Southeast Asia: Have been with All Nations since 2017 and are doing church planting work among an unreached people group. 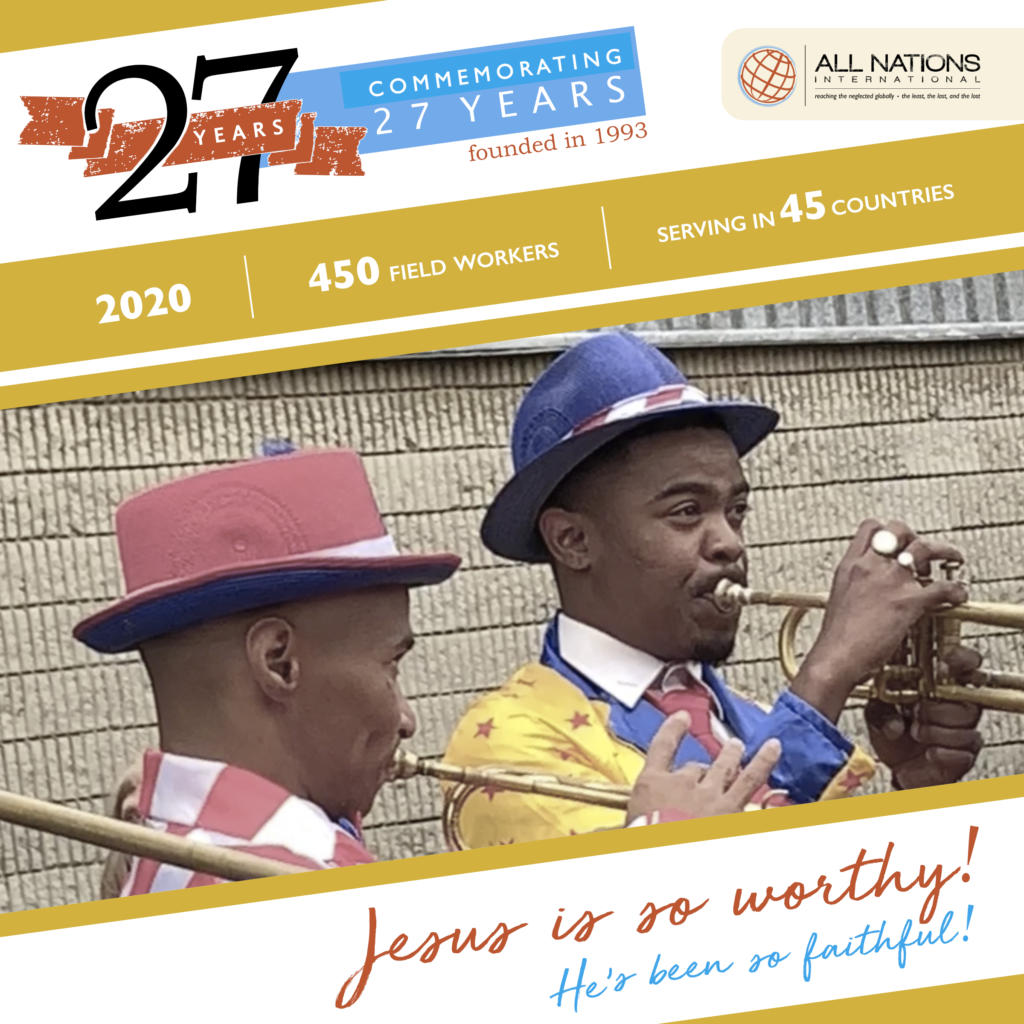