Missions and disciplemaking in Africa 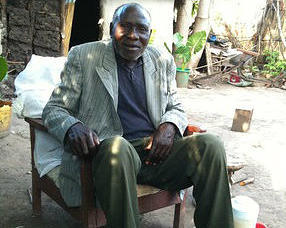 It is a time of both reaping and sowing for a group of our missionaries. Having been faithful to disciple the ones God has already given them, our workers felt Holy Spirit’s nudging to again sow His seed in the villages surrounding them. Though they have found these villages to be unresponsive to the good news in the past, they are learning to trust in God’s wisdom and timing at a deeper level, and to continually engage in prayer-soaked evangelism as an act of faith.

They are seeing the fruit of their labor in disciples like Samuel. After meeting Samuel and his friends for the first time and listening to their personal stories, one of our missionaries asked if he could share his own story. The men readily agreed to hear it, and were subsequently amazed. Samuel declared: “I have been in church all my life, but I have never been born again like you.”

The missionary asked if Samuel wanted to be born again, and Samuel said yes. From that point on, he has been a different man. As a result of this encounter and loving discipleship from his missionary friends, Samuel has, without prompting, been taking the good news to his friends. Two of them have since been baptized.

Equally exciting, has been the transformation of another man named Isaac. According to our workers, one would never imagine that Isaac had a serious addiction to alcohol when they first met him. He is now enjoying every minute of his new life in Christ, and is telling all of his friends about Jesus.

We’re also seeing some interest from the village leaders, and, many youths getting involved in Bible study or outreach. God is faithful to complete what He starts!