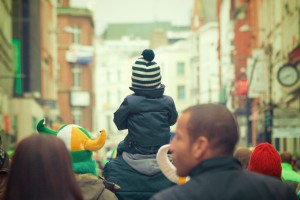 My wife thinks I’m an important guy. She trusts me, honors me, and holds me in high esteem. You could say she elevates me to a high place. But, does that mean I’m better or more important than she is? No.

“Do nothing out of selfish ambition or vain conceit, but in humility consider others better than yourselves.” Phil. 2:3 NRSV

“Do nothing out of selfish ambition or vain conceit. Rather, in humility value others above yourselves.” Phil. 2:3 NIV

I think in these two versions of the verse, many people get confused as to its meaning.

Let’s talk about humility–I think in this context, humility is being conscious of our weaknesses and being able to give credit to God and others for what we might achieve. Recently, I was watching a football game in which a wide receiver caught a touchdown pass. He immediately pointed to himself and beat his chest as if to say, “Look what I did.” Never mind that his quarterback made a perfect throw for him to catch, never mind that the offensive line protected that quarterback so he could throw the football.

The NRSV version says, consider others “better”. That can come off as meaning we’re somehow worse than everyone else. The NIV uses the word “value” which I like more than the word “better”. It simply means that others should be put first. This is what Jesus did.

Humility is lifting up the concerns of others, placing them above and ahead of your own. Simple to say, but hard to do.

What is something you can do today to that will put someone else first?