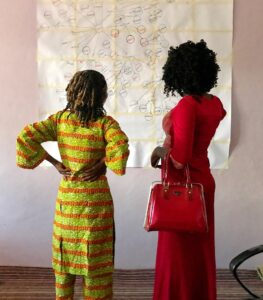 To the Poor, and Beyond

The leader of this movement in East Africa, Wilson, was trained in South Africa by All Nations seven years ago. Since then he has been faithfully implementing the steps of a movement. He decided to focus on the poorest of the poor, who are the most neglected peoples in his city.

Training is a multi-dimensional process. It initially starts in the discipleship relationship: I teach you to do what I do as I follow Jesus. That’s just the starting point. New generational growth is always targeted with a CPx (Church Planting Experience training), typically in January. It’s quite open and welcoming (if they have the resources) and focuses on seeing students immediately put into practice what they learn. They are actually tested on this and graduation depends on it.

Wilson tries to send the students that God is calling to cross cultures to an additional CPx outside of the country to specifically get cross cultural training. Locally there are also regular patterns of training. Sometimes there are seminars on specific topics and regulations permitting, there is typically a monthly gathering of leaders that includes time for everyone to give account and audit the work, while also providing a bit of training.

The picture included here shows a portion of the network map which they build at their regular gatherings. People bring their own circle maps showing the discovery groups they have started and that have multiplied to give a big picture overview of what is going on.

Curious to learn more about igniting a church planting movement and drawing your own circle map? Check out Catalyze and Church Planting Experience (CPx) trainings!